The History of Monroeville U. M. C.

In 1953, George Snodgrass talked to some other Methodists about starting a church in the Monroeville Area.  The three-acre Sarah Graham homestead was purchased by the Pittsburgh Conference as the site for the new church in July of 1954.  On the property

were two buildings - an 8 room farmhouse which would be used for a parsonage and church school building, and a 3 room house which was converted into one large room for church services.  The Reverend Robert Geisinger, a part time student supply minister, led the first service on October 31, 1954.

A charter was granted on February 6, 1955 with 46 charter members.  Robert C. Siess was assigned 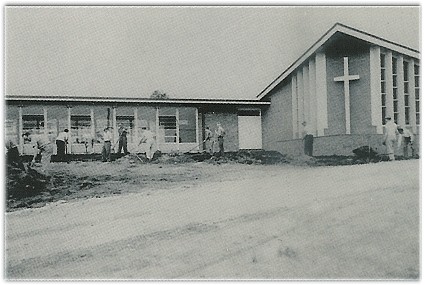 to the church as a full time minister on May 22 of the same year.  The first building Fund Drive began in September and an architect was hired to design a "contemporary church" for a "contemporary community."  On December 20, 1957, the building was dedicated in time for the Christmas celebration. 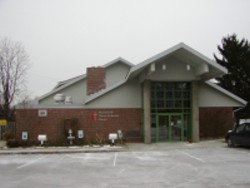 As the church grew, the need for additional space was realized, and on November 29, 1992 a new Fellowship Hall, narthex, parlor, remodeled kitchen and nursery were consecrated.

As MUM looks to the future, the vision is, that through worship, hospitality, fellowship and education, we can offer our ministry to people of all ages.

The following pastors have served the Monroeville United Methodist Church: